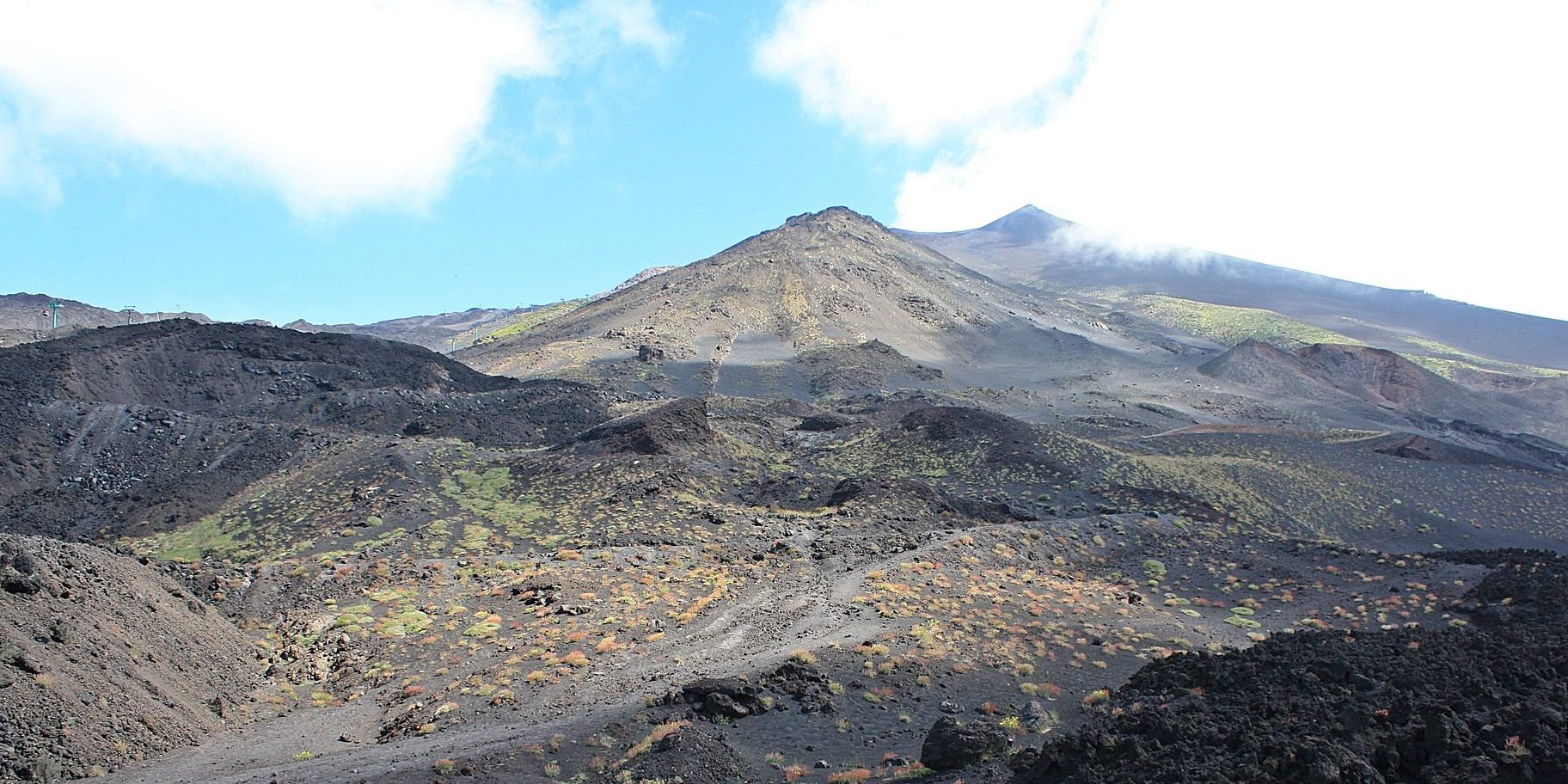 Needless to tell you how majestic the great “muntagna” that oversees the entire city from above, it, when you least expect manages to amaze and frighten you at the same time.
There are many stories and legends that circulate and make our volcano, one of the most charming places to visit while vacationing in Sicily; many also are the routes that you can do on our MTB to see the marks left by the many eruptions that have taken place over the years.
In this article we want to offer a route with medium difficulty, of just over 30 km of lava dirt road, through you will know more about his majesty Etna, the highest volcano in Europe.From the Sapienza square, the route starting point, begin the steep climb that will take us to the “philosopher tower” ruins, a small retreat one kilometer south of the Southeast Crater (2940 mt). The name is based on a legend, according to which the greek philosopher Empedocles longed to become one with nature, but once we made it to the summit of Etna was swallowed by this crater in the area about 2000 years ago. The ancient legend tells that was also found one of his sandals on the edge of this crater, and in this place was then built a small stone building, resembling a tower, which over time became a ruin, buried under debris eruptive material and where today only sees the antenna of the ancient tower.
To accompany us along this adventurous hike will be the recent lava flows, ancient and recent craters, lava deserts, pioneer plants and large pine forests that characterize this wonderful landscape. Walking along the trail around the peak we head towards a long descent that will take us to the Volcanological observatory domes, on the promontory Pizzi Deneri (2847 mt, Provenzana Plan), which provides an excellent vantage point on the Valle del Leone from which you can admire the summit craters.
Following, therefore, the long diagonal dominated by craters of bottoniera, whether created in 2002 in the mountains Sortorius and go up to Citelli refuge, where we recommend you to take a nice hot chocolate regenerating, and here ends our journey.
What to add? Getting tired of this earth is really impossible!